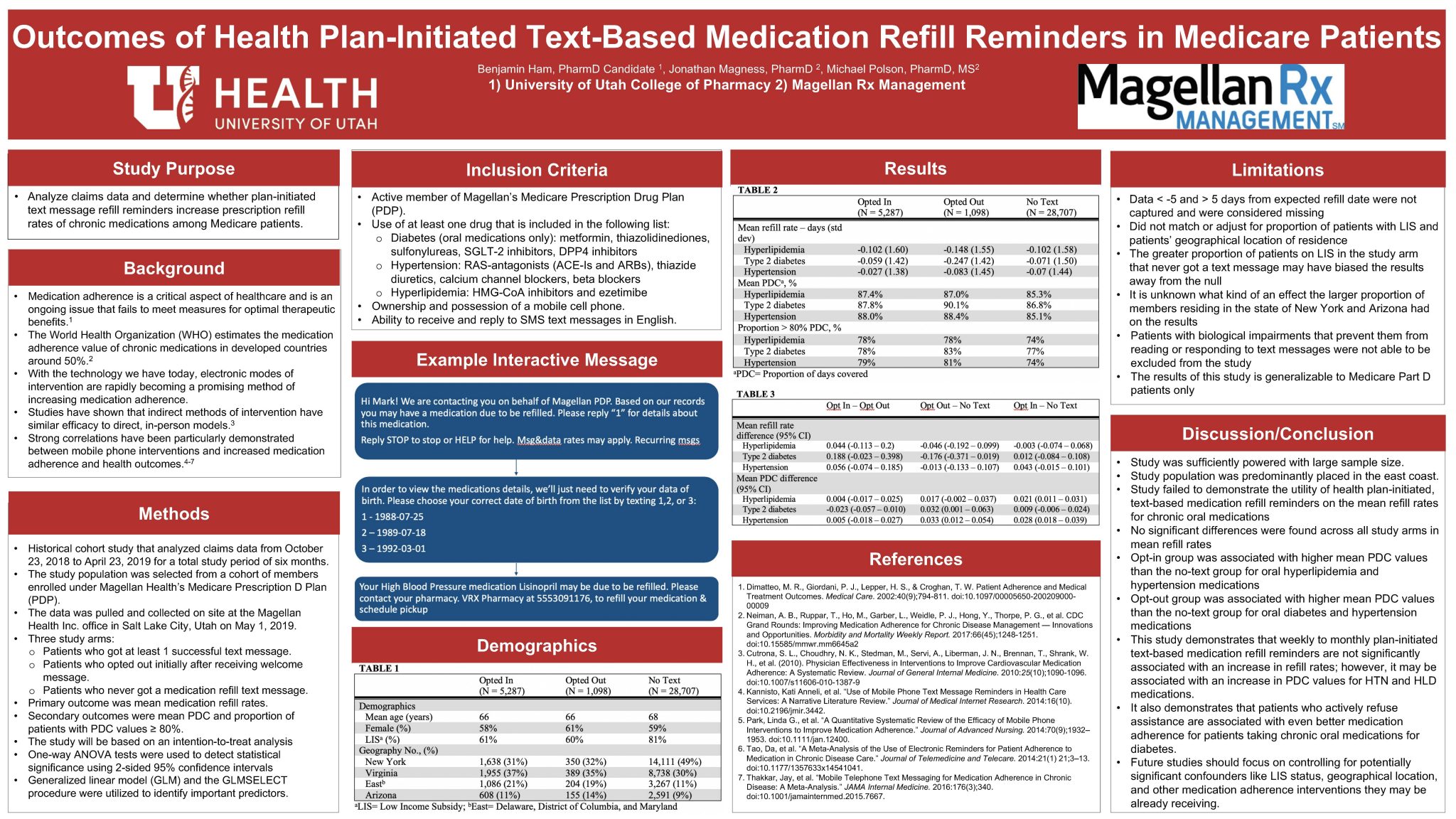 This will be a historical cohort study that will collect and analyze data from October 23, 2018 to April 23, 2019 for a total study period of six months. The study population will be selected from a cohort of members enrolled under Magellan Health’s Medicare Prescription D Plan (PDP). The primary outcome of this study will be mean refill rates. The secondary outcomes were PDC and proportion of patients with PDC values ≥ 80%. All outcomes were stratified into three disease states (i.e., hyperlipidemia (HLD), Type 2 diabetes (T2DM), and hypertension (HTN)) the patients were taking their chronic medications for. The two-sided 95% confidence intervals were utilized to determine statistical significance. The one-way ANOVA tests were used to detect statistical significance at an alpha of 0.05 between the three arms. The generalized linear model (GLM) and the GLMSELECT procedure were utilized to identify important predictors.

This study demonstrates that weekly to monthly plan-initiated text-based medication refill reminders are not significantly associated with an increase in refill rates; however, it may be associated with an increase in PDC values for HTN and HLD medications. Future studies should focus on controlling for potentially significant confounders like LIS status, geographical location, and other medication adherence interventions they may be already receiving.