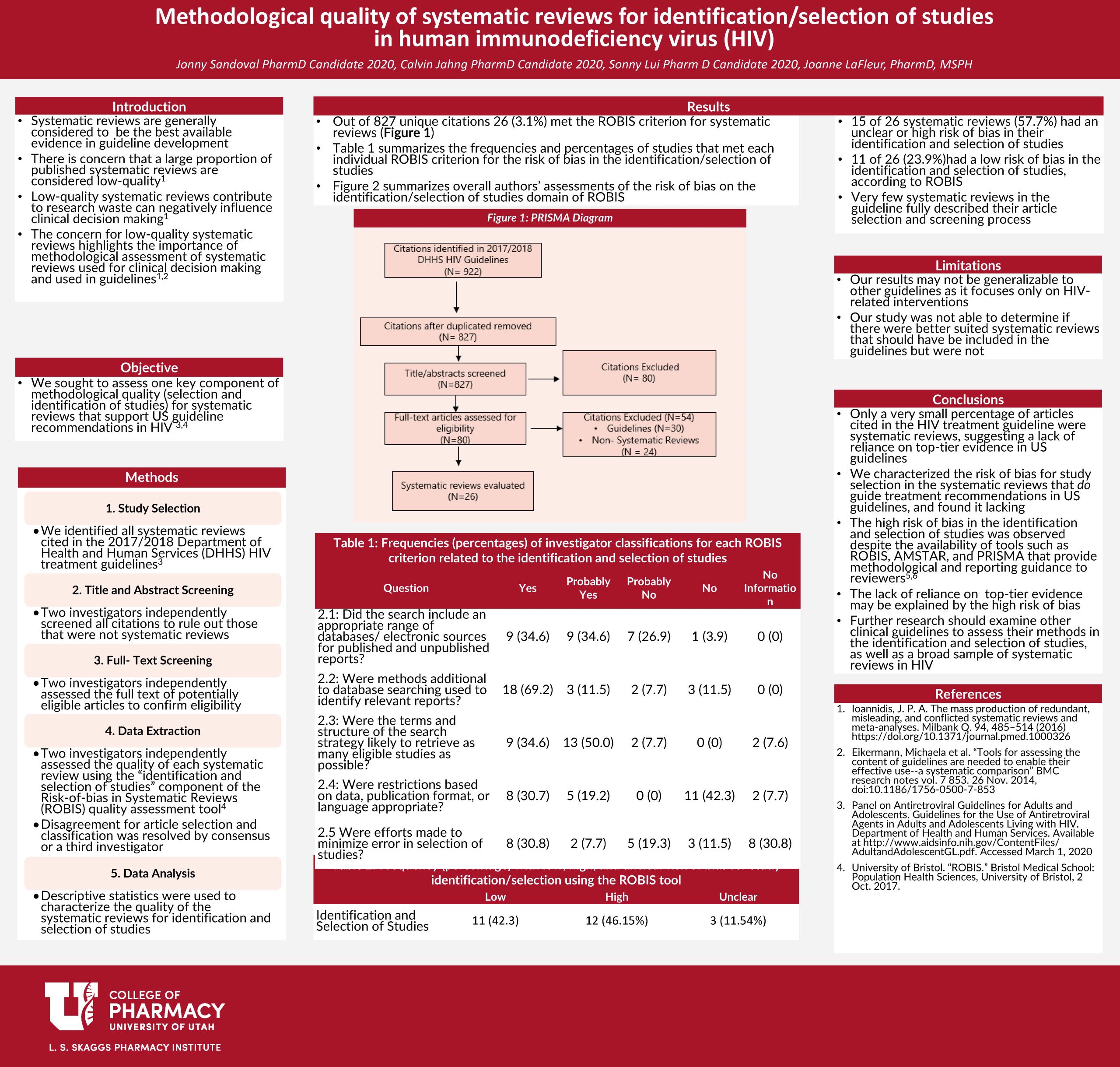 Aim: To assess the methodological quality in the identification and selection of studies of evidence synthesis articles cited in the 2017/2018 U.S. Department of Health and Human Services (DHHS) Human Immunodeficiency Virus (HIV) Guidelines for the Use of Antiretroviral Agents in HIV-1 Infected Adults and Adolescents using the risk of bias in systematic reviews tool (ROBIS).

Conclusion:  We attempted to establish a benchmark of what is considered the best available evidence through a current guideline.  Using the ROBIS tool, our study identified that more than half of the identified evidence synthesis articles cited by the 2017/2018 DHHS HIV have a high risk of bias in the identification and selection of studies. With these results, it is clear to see that the methodological quality should be considered when evaluating the results of evidence synthesis articles and making guideline recommendations