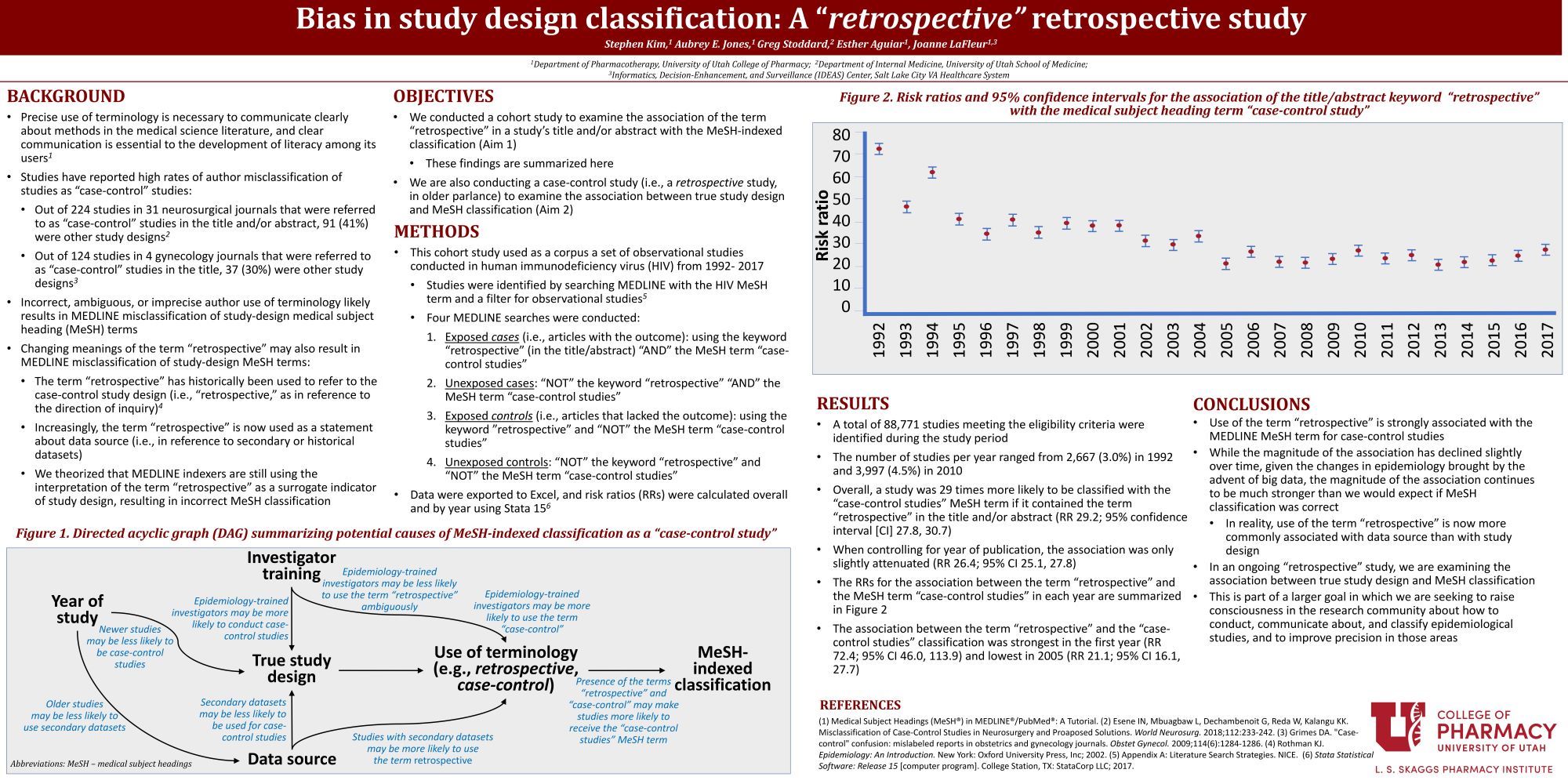 Background: Authors’ accurate use of terminology about epidemiological methods is important for clearly communicating about research to readers. Users of the medical literature rely on such information to guide them in their use of evidence to support patient care. However, historical changes in the meanings of epidemiologic terms could undermine these goals. For example, the term “retrospective” has historically been used to refer to a case-control study design. More recently, however, the term has come into wide usage as a description of a study’s data source.

Objectives: Using a corpus of human immunodeficiency virus (HIV) studies, we evaluated the association between use of the term retrospective in a study’s title/abstract and the likelihood that it would be indexed as a case-control study in PubMed.

Methods: We conducted a cohort study of PubMed research articles that were indexed with the MeSH term HIV from 1992-2017. We identified observational studies using a validated search filter for observational studies from the National Institute for Health and Care Excellence (NICE). For our primary objective, exposure of interest was the presence of the term retrospective in the title and/or abstract of an article, and the outcome was the PubMed Medical Subject Heading (MeSH) term for case-control studies. We estimated risk ratios (RRs) and 95% confidence intervals for the association between the exposure and the outcome overall and by year.

Conclusion: Use of the term retrospective is strongly associated with indexing with the MeSH term for case-control studies. This association initially decreased but has remained stable from 2005 onward. This suggests potential bias in study classification if use of the term retrospective is now more commonly associated with data source than with study design.